Not very long ago, I used to work at a reputable supplements store in New York city. The store I worked for was known to be “the spot” for real guidance, advice and supplements that are guaranteed to help you lose weight, build muscle, increase your cardio capacity or achieve whatever physical goal you are attempting to achieve. We carried creatine, protein powder, vitamins, minerals, glutamine, test boosters…you name it, we had it. However, we also had some questionable supplements. One of those controversial supplements was green tea extract, did it really work? I wondered. If it did work, why aren’t the many people who are using it seeing the desired results? Does green tea extract aid muscle recovery and increase protein synthesis rate? Hmmm…questions, questions and my curious mind wouldn’t leave me alone until I decided to indulge into the big green tea extract sea. This green tea extract review is based on clinical data, some personal experience and other peoples’ feedback whom I had the honor to speak to. Let’s begin.

What is Green Tea? 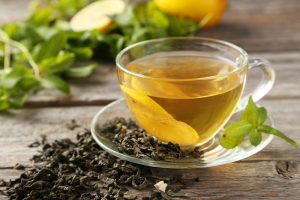 Green tea is the second most consumed beverage in the world after water, with an annual production demand of 25 billion kilograms.  Consumed routinely in Asian populations, Green Tea is highly studied all over the world and has a history of hundreds of years of traditional use. The health benefits of green tea are quite far reaching.
There are three main varieties of tea: black, green, and oolong.  There are various ways to process green tea leaves, but depending on which way is used, the type of tea will be different. Keep in mind all three types of tea comes from the plants but green tea is the least processed out of the three types, contains the highest level of antioxidant polyphenols and has undergone minimal oxidation. The leaves that make up green tea are more concentrated than black and oolong tea, as they are withered and steamed, and are superior in fighting common ailments in comparison.  Green tea extracts are non-toxic and produce no side effects.

What are the benefits of Green Tea? Green Tea Health Benefits

There are far too many green tea benefits to name in a single post, here are just a few:

As you can see from the above examples, the effects of green tea make it a definite choice for anyone looking to promote optimal health. But many people want to know: does green tea help you lose weight? The answer is yes. In fact, every single active substance in green tea is beneficial for the fat burning process.

How does green tea work? How does Green Tea provide health benefits?

Green tea is rich in catechins, especially epigallocatechin gallate (or EGCG). Green tea catechins are powerful anti-oxidants, produced from unfermented leaves, that provide a wide range of benefits to the human body.  The unfermented leaves which are derived from the Camellia sinensis plant and found throughout Asia, the Middle East, and Africa, help neutralize free radicals within the body.
As previously mentioned, Green tea consists of epigallocatechin gallate, or EGCG, which has three functions. First, EGCG activates endothelial nitric oxide synthesis, which ultimately increases blood flow by relaxing the blood vessel walls, thus EGCG is considered a vasodilator. Second, EGCG decreases glucose production in the liver by acting as an insulin mimetic which can also enhance nutrient portioning and thus have a positive effect on body composition. Third, EGCG acts like an antioxidant, which protects DNA and cell membranes from free radicals.
There are four main components in green tea – Catechins, L-theanine, caffeine, and antigens (non-peptide alkylamines). Catechins are powerful water-soluble antioxidants that may improve your health through fighting inflammation -they’re very potent anti-inflammation substances-. Catechins also have antithrombogenic and antiproliferative effects. Those 4 components combined support healthy cell proliferation by stabilizing cellular membranes and maintaining healthy levels of cholesterol and triglycerides, and could even enhance the ration of LDL to HDL. Tea catechins also support the reduction of harmful plaques; although the catechins have not been shown to have any effect on existing plaque, they do reduce and even inhibit new atherosclerotic plaque formation. Furthermore, green tea is highly effective in decreasing the chance of developing cancer as the catechins inhibit abnormal angiogenesis (blood vessel growth), one of the two prerequisites of cancer.
Green tea contains theanine; a powerful amino acid with thermogenic properties that can aid in lipolysis (fat burning). Theanine both decreases caffeine stimulating effects and has fat burning properties. Theanine is capable of crossing the blood brain barrier and suppressing glucocorticoids (stress hormones that could cause some imbalances in your brain’s chemistry), which also it gives it powerful mood elevation characteristics. So, you’ll get an extra kick from green tea and feel happy.

What is the recommended dosage and usage of Green Tea?

You may drink as much Green tea as you would like since it produces dose dependent effects. Green tea is best consumed with no food and at a moderate temperature. If you feel like it’s bitter, chase it down with a glass of water or add some dry spearmint leaves to your cup of green tea.
If taken as a green tea extract dietary supplement as opposed to a drink -because you don’t like the taste or just out of convenience-, the recommended dosage is 400 mg of whole leaf green tea extract twice daily (thrice maximum).
You don’t have to drink green tea and take a green tea extract supplement at the same time, however, it MAY yield better results. Green tea could naturally have a bitter flavor that many won’t like, to enhance the flavor just use spring or filtered water when brewing your cup of tea. If brewing a tiny amount, use a ration of 1 teaspoon and five ounces of water or in other words, a small glass of water. Another option to break the bitterness is to add some lemon and ginger slices while brewing. Try adding a teaspoon of raw honey to the tea after you’re done brewing it, thank me later 😉

What are the side effects of green tea? Green Tea Side Effects

The final verdict is in favor of green tea extract supplements. Due to the many health benefits associated with green tea and its function-optimizing effects, weight loss could be expected from such indirect mechanism. Moreover, since green tea extract has small amounts of caffeine, direct stimulating of lipolysis is also to be expected due to stimulation of the central nervous system. To add to the list of benefits of green tea extract, studies have observed that green tea extract has a favorable effect on insulin levels by acting as an insulin mimetic which can further improve body composition and aid in muscle building fat loss. Strong evidence is also present when arguing that green tea can block the absorption of carbs. In fact, when 4 grams of green tea extract are consumed with a carb meal, 30% of the energy content is prevented from being absorbed which results in less net calories being absorbed by the body and thus contribute to further weight loss. Customers whom I have witnessed purchasing green tea extract supplements told me they experienced a suppressed appetite, enhanced focus and some weight loss, which is exactly what the clinical data has indicated multiple times.
If you liked this green tea extract review, please don’t hesitate to share the knowledge with your fellas. If you have any comments or questions, please, post them in the comments section below.