Recommending full range of motion has become a trend on weightlifting forums. Full range of motion zealots will be the first to criticize anyone who’s seen performing an exercise with what seems to be a partial range of motion. Even most “fitness gurus” solely advocate performing each exercise with full ROM. Frankly, this is one of my biggest pet peeves. What’s even more frustrating is how it has become commonly believed that anything other than full ROM will not produce results. In fact, this idea has become so prevalent that, in my opinion, it should be classified as a myth. To bust this myth, one just needs to use a bit of logic, look at some studies, consider anecdotal evidence, and use common sense. Let’s begin.

What is Full Range of Motion

In my opinion, there seems to be two types of full ROM; 1) Full ROM standard. Also known as the “perfect form”. 2) True full ROM. In the case of the former, a one-size-fits-all form is promoted as the standard. As soon as you deviate from that standard by even one degree, the full ROM boogieman will be waiting by your gym’s door to collect your soul. In the case of the latter, a true full range of motion varies from an individual to another. It’ll be determined by your own personal anthropometric measurements and biomechanics. And let’s not even start with “mobility”, or lack thereof. A true full ROM is how far a muscle can stretch and contract in both safe and efficient ways. Read that again, please. When you put a muscle under load, you want to maximize the tension on it in a safe manner, yet in a way where it can produce maximal force. Going beyond what that specific muscle is capable of is both dangerous and counterproductive in terms of force production.

Individuality of Full Range of Motion 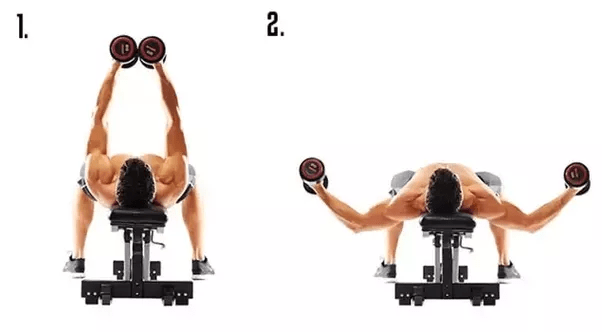 Time for an example. As you can see in the picture above, we’ve got an athlete performing DB chest flyes. The gentleman in the picture has a nice set up by keeping everything tight and chest up high. Now, by examining the right side where he’s at the bottom of the movement, his pecs are clearly in a fully stretched position. He has already achieved maximum tension at that position. So, why the hell would he drop his arms lower than his chest? Doing so will cause internal rotation of his front delts, which isn’t safe. Also, the extra “stretch” he could achieve by doing so could potentially tear his pectoral muscles if he is using heavy weights. Moreover, his pecs and biceps will be in a weaker position by doing so. Thus, the extra stretch is not worth it. The same rule applies to almost every exercise. Be it the bench press, shoulder press, squat, deadlift…etc. it doesn’t matter. This game is about longevity. So, follow your body’s natural rhythm.

Full range of motion zealots will often raise a few arguments that supposedly support their opinion. Such arguments often include studies that show full ROM exercises are superior in term of results, injury prevention, and biomechanics. Let’s take a look at each argument and examine why each of them is complete bullshit.

Many popular exercises are not really full Range of motion. A perfect example would be the deadlift and its variations. When a barbell is loaded with 45 lbs. plates on each side, the bar is automatically elevated many inches off the floor; however, this is the universal starting position for deadlifts. Who decided that the elevated bar position is the start of the full ROM? If there’s an international deadlift committee that has decided that, I must’ve been sleeping under a rock! Additionally, the only true full range of motion deadlift would be deficit deadlifts but, I have never seen anyone do them. 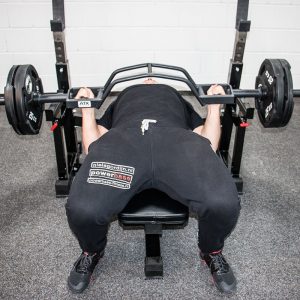 Another example would be everyone’s favorite exercises; the bench press. The bar that you see in the picture above is called a cambered bar. Cambered bars are rare to come by; however, they would provide a much better range of motion in a movement like the bench press. With that said, most people use a standard Olympic barbell to perform the bench. At the bottom of the movement, where your pecs are fully stretched, the bar cannot go any lower because it can’t cut through your body. So, who determined that was the full ROM of the bench press? “I don’t have cambered barbells at my gym” says a full ROM zealot. Well, why don’t you use dumbbells for your chest pressing movements then? I think you get my point. Cambered barbells would also provide a larger range of motion on rowing exercises like the bent over row. Yet again, no one uses cambered bars and barbells are universally used and accepted.
Tip: If you have access to a cambered barbell, use it. It’ll allow you to press tons of weight in a safe manner with an excellent range of motion.

Ironically, most injuries occur during full range of motion. The bench press is a perfect example. Most injuries caused by the bench press occur at the very bottom of the movement. Granted, most people don’t know how to properly bench press. But many elite powerlifters injured themselves during the bench press, granted they’re the best benchers in the world.
Bench press injuries occur because of a combination of bad form, individual anatomy, and variations in limb length. For instance, when an individual with short arms bench presses, the bar will have to travel a shorter distance. Compare that to an individual with long arms and, unsurprisingly, the bar travels a much greater distance. Inherently, an individual with long arms will put his shoulders under a lot of pressure at the very bottom end of the bench press, risking shoulder impingement.
The deadlift is another good example. Many lifters snapped their backs up performing the deadlift. Yet, Heavy rack pulls have never injured anyone. Granted, rack pulls utilize much heavier weights than deadlifts. The only difference is that rack pulls shave many inches off the range of motion.

Many elite level and recreational bodybuilders and powerlifters have used partial reps with tremendous success. Let’s look at a quick example.
Floor Presses 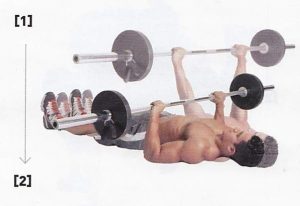 Long before the bench press, people performed floor presses. It is the same movement as the bench press, but you lay on the floor instead. As you see in the picture above, the floor limits your range of motion and forces the barbell to stop a couple of inches above your chest. Many old bodybuilders and powerlifters used the floor press as a staple exercise, yet it is not a full range of motion exercise per the industry’s standards. In fact, many elite level powerlifters still use the floor press as part of their regimen. Now, go tell them floor presses don’t work!
West Side Barbell
Louie Simmons, founder of West Side Barbell, has created the best powerlifters in the world. I personally have lots of respect for Louie and his methodology. He has contributed a lot to this sport and continues to do so. West Side lifters exclusively perform box squats throughout the year and only squat with full range of motion on powerlifting meets! Today, West Side Barbell has 16 lifters who have squatted over 800, six who have squatted over 850, and one who has squatted 1010 lbs. (Matt Dimel)! For those of you who don’t know what a box squat is, it’s a squat where you place a box/step that limits the range of motion to parallel. I would like to see one of those full range of motion zealots tell Matt Dimel that his squat sucks and that he should squat ATG.
Time Under Tension Training
Time under tension training, or TUT, is a lifting technique primarily utilized by many elite level bodybuilders. Here is a video of IFBB Pro, Juan Morel, bench pressing with what would be considered partial reps.

I think Juan Diesel knows what he is doing. Needless to say, he’s got some of the most well-developed pectoral muscles in the industry.
Another prime example that comes to mind is Chinese Olympic lifters -Lü Xiaojun comes to mind- who regularly perform shoulder press holds to develop strength and get their nervous systems used to lifting heavier weights.

As stated above, muscles grow in response to imposed resistance/tension. A full range of motion that puts the muscle under tension in both the stretched and contracted position is superior to static tension because it activates more muscle fibers. This may be true but, tension is tension. Yes, most full ROM exercises will activate more neurons and muscle fibers, which will, or should, lead to greater adaptations. But weighted isometrics and weighted stretched put the muscles under tremendous tension as well!
For instance, in this study, the researchers attached a weight to a young quails’ wing. The researchers progressively increased the weight over the course of a month. After a month, the researched recorded a 318% increase in the quail’s wing’s size! Although some of the adaptations occurred through hyperplasia, a controversial topic in humans, hypertrophy took place as well. Don’t be too quick to exclude this study because it was done on birds, though. Physical therapy involves a lot of stretching and isometrics. Many physical therapists will have their patients perform concentric/eccentric only exercises as means for rehabilitation. And guess what? It works.
In a study by Rauch and Silva et al. (2014), the researchers divided trained subjects into two groups. The purpose of this study was to research whether intra-set weighted stretches would yield greater strength and size gains in calf muscles. Both groups trained their calves on the leg press; however, one group held the stretch for 30 seconds between their sets and the other group rested. The researchers recorded significant gains in hypertrophy and strength in the group who held the stretch. This proves that putting a muscle under constant tension will trigger adaptation.
The researchers in this study (Souza et al. 2013) also recorded greater strength gains in the subjects who performed intra-set stretching. Thus, further confirming that putting a muscle under tension will elicit adaptations.
In fact, examples of tension producing hypertrophy are everywhere. Soccer players have well-developed legs and calves. Manual labor workers have amazing arms and forearms. Powerlifters and strongmen have insane traps and upper backs despite doing zero shrugs. Gymnasts have fantastic upper bodies despite solely relying on bodyweight movements and static holds (static dips, anyone?). Overweight people have calves bigger than most people who train. What do all those people have in common? They put their muscles under tension one way or another without training them directly. The results speak for themselves.

Instead of getting married to one style of training, find what works for you. Instead of sticking to a fixed range of motion, find your own. This is not to suggest that full range of motion is useless and should be excluded from your routine but, it’s more so to prove that other methods work just as well, if not better in some cases. Train smart.