In the first part of cravings 101 series, we discussed the many psychological adaptations to different foods and how different psychological processes involving mood, social gatherings, neurochemistry, neurobiology and pleasure-activated zones in the brain can trigger cravings for certain foods, especially highly palatable ones. Today, we will shed light on the physiological factors involved in food cravings to fully underestimate how they contribute to cravings as well.

The link between nutrient deficiency and food cravings has been a debatable subject for decades. Many studies have indicated finding such connections, while many others insist that such connections do not exist and are mere speculations. Where is the truth? In my humble opinion, the truth is a combination of both! The human body is the most complex machine in existence. The human body underwent many adaptations to be able to literally survive through every danger possible. You can throw anything at your body and most likely it will adapt and become even stronger. Just because you are craving a nice tender chicken McNugget doesn’t mean you are protein deficient, it means you are an idiot who needs to stop eating chicken McNuggets and eat real chicken instead! On a serious note, psychological factors are obviously involved in food cravings, so back to the soothing food point from the points above, that’s why you are probably craving a chicken McNugget. However, how do we explain why some individuals eat ice (pagophagia) and why some eat earth -literally- (geophagia)? I’m sure this is not because eating soil or ice comforts those individuals, but perhaps they indicate an underlying nutrient deficiency.  For example, these two studies (1, 2) have both assessed individuals who have a habit of eating trays of ice daily. The researchers took blood samples from those individuals to assess iron and ferritin levels and address any deficiencies, and guess what? They were iron deficient! To eliminate any coincidences, the researchers treated the subjects with an iron supplement, and not surprisingly, their pagophagia disappeared within 2 weeks of treatment! Mere speculation? I don’t think. Similar unorthodox cravings include clay, mud and raw starch cravings which have been linked to zinc deficiencies. After all, in many cases the body is trying to correct nutritional deficiencies, but this isn’t always the case.
Anecdotally, I had a cousin who used to eat walls! Yes, seriously. My aunt often caught my cousin eating chalk bars and walls and when the doctor had her do a blood test, it turned out my cousin had significant iron deficiency and anemia! Upon treatment with an iron-rich diet and an iron supplement, my cousin stopped committing those strange behaviors. She is still strange, though.
Personal story: Ten days ago, I found myself craving broccoli for 2-3 days! Like seriously, who the heck craves broccoli?! But knowing that I am dieting and in a lean state at the moment, I could tell that my weird craving for broccoli indicated either a nutrient or mineral deficiency. Perhaps my body wanted to get something out of broccoli that I am not even aware of. Nonetheless, upon eating a nice piece of broccoli, my craving disappeared to this day! 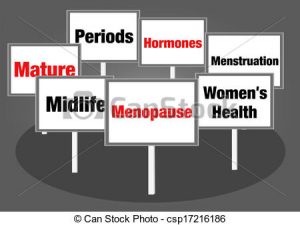 Progesterone / Estrogen: Many ladies report craving high caloric foods during their menstrual cycle. This is a normal observation that both men and women know. During ovulation, ladies usually will binge eat chocolate, fried foods, sweets, high carbohydrate and high fat foods. Hormonal changes are responsible for such cravings. The menstrual cycle is a very taxing process on the body, and thus it requires energy. Since the menstrual cycle causes an increase in body temperature, an indicator of more energy being utilized, the body tries to compensate for the used number of calories by eating more. This survival mechanism results in highly palatable food cravings. Susan Barr, a well-respected researcher at University of British Columbia conducted a study on food cravings in young women during different stages of the menstrual cycle and observed two groups who both ovulated and did not ovulate. The results were similar to the points mentioned above. To exclude any potential intentional eating, the researchers did not inform the subjects whether they were ovulating or not, however, the trend remained the same among the young ladies, which indicates a subconscious and involuntary mechanism being involved for the compensation of the lost calories.
Testosterone: Why is it that men like to eat meat more so than women? Well, testosterone probably has to do with it. In addition to men usually requiring higher caloric intakes, high or low testosterone levels can cause cravings for meat. For instance, if you have low testosterone, your body will try to fix the issue by making you crave red meat more so than usual due to red meat’s high content of both dietary fat, zinc and vitamin b-12; all essential for testosterone production. on the other hand, many men who have high testosterone levels or are on a testosterone replacement program report craving red meat more often. From a survival standpoint, this makes sense since men were always the “hunters” and thus required higher levels of energy and thus more calories.
Ghrelin & Leptin: As I have discussed in my satiety index guide, ghrelin and leptin play a huge role in satiety and hunger levels and thus food cravings. Leptin is the satiety hormone, while ghrelin is the hunger hormone. Hypothetically, if you have been depriving yourself from food for a few days, your ghrelin levels will increase and thus your hunger. As a result, you will most likely crave high-calorie foods to compensate for the lost energy throughout the past few days. Once again, survival mechanisms are involved. On the other hand, if you have been eating a lot of food, especially your favorite food for 3 days in a row, your leptin levels will be high and your brain will sense that you are sate which will result in decrease or even eliminating any food cravings altogether. You might even start craving low-calorie vegetables or something. 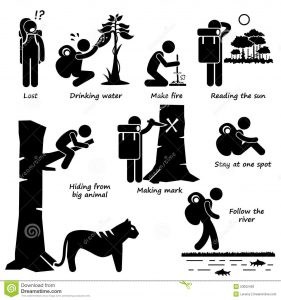 People from all over the world always tend to eat more during winter time than other times of the year. This happens to everyone, everywhere, so I don’t think that all people on Earth are lying to each other! Thousands of years ago, when our ancestors did not have such an easy access to foods as we do today, their bodies often went days without any food intake. Since the body adapts to surrounding environments, many physiological processes adapted to force our ancestors to eat more, especially high-calorie foods to store the excess calories as fat. Storing those calories as fat would then be used as energy during winter time when the weather did not allow them to hunt or look for food. This is a basic survival mechanism that would allow individuals to survive through the harsh months of winter until the weather improves once again and hunting would become easier.

Cholesterol is the precursor of all steroid hormones. As you may or may not know, cholesterol is made of dietary fat. Men will notice this phenomenon more so than ladies. Whenever a man is experiencing low testosterone levels due to less dietary fat intake, stress or any other reason, they will often crave fatty foods. Red meat, olive oil, cheeses, and dairy are all common cravings. Since those foods contain high amounts of fat and the body is trying to restore testosterone levels back to normal, it’ll have you crave fatty foods to produce more cholesterol and thus more testosterone.

During puberty, both young men and women will subconsciously start eating more, especially highly palatable foods. Puberty is a stage that involves many taxing processes on the body. Those processes kick start and energy usage increases. To compensate for the higher energy usage, the body forces young lads to eat more often and bigger meals. 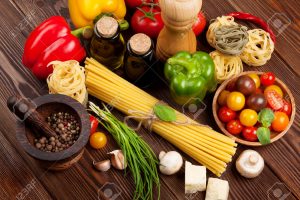 This aspect involves both physiological and psychological causes. Individuals who grew up in certain cultures where they eat specific foods throughout their lives will usually crave those foods when they’re not available. What you grew up eating will send signals to your brain that these food sources are what’s available to me, and thus I must adapt to processing them primarily more so than foods that I rarely eat. For instance; people from Mediterranean origin will usually crave olive oil, cheeses, vegetables and bread, but they won’t crave chocolate very often. Asians will often crave rice and fish more so than Americans who will often crave junk food. Geographic origin causes metabolic, psychological and hormonal adaptations to the foods available. Once again, this makes sense from a survival perspective since the body primes itself to available food sources. During one study, researchers compared food cravings in Egyptian individuals against cravings of Spaniards and North Americans. Chocolate craving was most notable in North American individuals, while only 1 percent of young Egyptian men and 6 percent of young Egyptian women reported craving chocolate. This indicates a strong connection between food cravings and availability of those foods generally, and within a culture more specifically. In another study, rice and sushi cravings were mostly notable among young Japanese women where such foods are traditional and available in abundance.
Bottom Line:

Contrary to what many people believe, physiological factors are as involved as psychological factors in eliciting food cravings. Many metabolic, hormonal and biological adaptations occur in response to availability of food sources, quantity of foods available and biological phases such as puberty and menstruation. You are not going crazy by craving two large bars of chocolate, I promise. However, your food cravings indeed have scientific basis. The third and last installment of this series will be a guide on how to effectively control cravings when they attack so that you can stay on track, lose more weight (fat) and not lose your sanity in the process. Stay tuned.
PS: Don’t blame your pizza cravings on a nutrient deficiency! This is not an excuse for you to break the rules and sabotage your progress. Stay consistent and don’t you grab that last piece of doughnut.
If you know someone who justifies his food cravings by claiming he is deficient in some nutrients, share this article with him/her to knock some sense into them! Stay hungry, my friends.