“What doesn’t kill you makes you stronger.” Very nice adage that applies to many things life, but food cravings can drive you crazy when they get out of control. While attempting to lose weight, you will experience a wave of intense cravings for specific foods every once in a while, and you will probably end up eyeing your favorite food like the lady in the thumbnail! But you have been working hard, exercising regularly, following your nutrition plan and losing weight progressively, should you just give in and eat that nice brown chocolate doughnut that is sitting in your fridge? HELL NO! Don’t! If you even try to eat that piece of doughnut I will personally jump out of your fridge and yell at you. I might even eat it in front of you and make you cry like a 9-year-old! But seriously, from time to time you will crave certain foods and that’s normal. In fact, this means that you are doing something right and your body is trying to fight back through making you crave those foods. Many physiological and psychological phenomena are involved in making you crave something, however, if we understand how and why we crave some foods while dieting, we will be able to better control ourselves and blast through the craving with ease.

What is a craving? 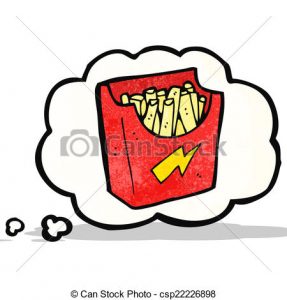 After some time into your diet plan, you will usually experience a cravings attack that make you want to eat everything in sight. More specifically and depending on your personal physical make up and taste, you will start craving certain foods that you are prohibited from eating. Usually, peoples’ food cravings involve high carbohydrate meals, calorie-dense snacks and junk food. YUM! And dessert, of course. At that point, your brain can only think about how good that piece of chocolate cake will taste and satisfy your craving and you won’t know whether you want to eat it or make love to it! You will fantasize about eating the slice of cake throughout the day and your mind will be literally occupied by aspects you normally wouldn’t even think about such as: texture, sweetness, color and size! Had you not been prohibited from eating slice of cake, you would eat it and call it a day. You wouldn’t give it much though.

Why do we get food cravings?

Whether you are dieting or not, you will still find yourself craving certain foods randomly. Ever wondered why? Well, it’s not just a passing through feeling that has no real causes, food cravings have everything to do with how your body is performing on the inside. Let’s see.
PS: The information in this article are based on both scientific research and real world observations that many of us witness almost daily. However, the information contained here is not mere speculation on my behalf.

Restriction
Knowing that you are prohibited from eating a specific food will always make that same food seem more appealing.  When you are dieting to lose weight, you will usually lose the freedom of eating specific foods due to their high caloric content or crappy macronutrients and micronutrients content, however, you will most likely crave that food and only that food more often than usual. While no studies are needed to confirm this basic observation all of us have witnessed and experienced, this study observed 3 groups of women; dieters trying to lose weight, dieters who were just watching their weight and non-dieters. At the end of the study, the researchers observed the strongest and most specific cravings in the first group merely because they knew they were restricted.
Memory 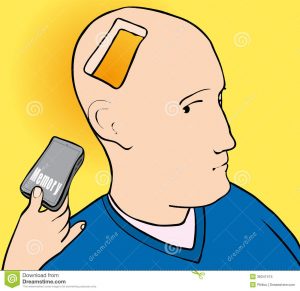 The human brain is indeed a fascinating thing! Memory doesn’t just include pictures and memories of old friends and good and bad times. Studies have found strong connections between craving a food and how you remember that food. Remember how soft the texture of that cake slice was? Remember how molten the chocolate inside was? YUM! What about those crunchy salt and vinegar flavored chips you were eating while watching the last episode of Arrow? Fantastic, right? Studies have confirmed that such foods that we like so much elevate dopamine levels and as a result, they activate the reward and happiness zones in the brain. When we constantly eat those foods that keep activating those zones of the brain, the brain eventually becomes overwhelmed and these strong signals disturb hunger and satiety signals which is why we can often eat tons of a specific food we like without having to be hungry! To make matters worse, as that cognitive stimulation remains, the signals become stronger and eventually cause disruptions in metabolic functions and the opposite happens; your body starts to alter its factory default mechanism to follow your reward and gratification causing foods. Think of it like an addiction and you will completely understand the concept if you can’t grasp it. So, the more you eat a pleasure-causing food, the higher the risk your brain will form a habit of craving that food to keep your highness happy. Moreover, high-fat high-sugar foods are often associated with creating positive reinforcement. This means that when you were growing up, your parents or loved ones often bought you candy, chocolate or similar snacks that are in fact highly palatable to soothe you when you were sad. And not surprisingly, those snacks worked in comforting you, and the brain stores this information in the long-term memory for later use. So, next time you are feeling sad or need some comforting, your brain will often have you crave those foods because it knows they work! Those foods are associated with happy memories and positive emotions, and this constant positive reinforcement can create a vicious loop.
Addiction (sugar)
Some foods have pose a greater threat of addiction that other, like sugar. Have you ever thought that sugar can be as addictive as cocaine and other drugs? Well, many research studies have found powerful links between sugar and addiction-like changes in behavior and brain signals. In one study, the researchers chose to observe the changes sugar causes in brain chemistry and whether it can elicit drug-like reactions or not. The researchers used brain imaging to observe if any signals would occur as subjects were fed sugar. Surprisingly, sugar caused an increase in dopamine levels and stimulated the release of some opioids. Also, sugar caused neurochemical changes in how the brain perceives hunger and satiety. The researchers concluded that sugar, when consumed in excess, can have effects similar to cocaine and other drugs, but on a smaller magnitude. The researchers also observed the subjects’ cravings for sugary foods/drinks and the subjects’ behavioral changes when they were deprived from sugar. The results indicated that sugar should be treated as a potential “drug”.
Emotions / Mood

Feeling under the weather? Why is your brain telling you to eat a slice of cheesecake during that time? Strange. Since certain foods can activate the reward and happiness zones in the brain, it makes sense that you would crave those same foods while feeling sad or depressed. Try to remember the last time you were feeling down; did you not crave a carbohydrate rich food? I am sure you did. And it makes sense that you would crave a high carb food because carbohydrates cause an increase in serotonin levels, which is one of the happiness and pleasure hormones in addition to dopamine. Many people report craving high-fat high-carb foods when feeling anxious, nervous or sad, well, it is because those foods cause a massive spike in serotonin and dopamine levels which makes your brain secrete other opioids. In turn you feel “comfortable”.
Stress-induced eating
Stress is another powerful cause of food cravings. Many students report craving highly-palatable meals around exam times. This is another real-world phenomenon that many of us are familiar with, however, for those of you who want some additional scientific evidence. be my guest. Short term stress causes your pituitary gland to send a signal to the adrenal glands to produce epinephrine (adrenaline) which is the fight or flight hormone. From a survival standpoint, it makes sense that this trigger would suppress the appetite, I mean your body will not want to eat as you are being attacked by a predator, right? Anyway, the problem occurs when stress prolongs. Long term stress causes the adrenal glands to produce cortisol, another stress hormone that increases appetite, unlike adrenaline. From a survival standpoint, this also makes sense because when our ancestors where in “survival mode” the body usually did so because of being deprived of energy sources, or food. To keep our ancestors alive, cortisol would then be secreted to rev up the metabolism and increase motivation, which will both cause our ancestors to get out there and eat whatever they can get their hands on and intake some energy. The point is that prolonged stress causes a massive increase in appetite and thus cravings for highly palatable foods.
Social settings 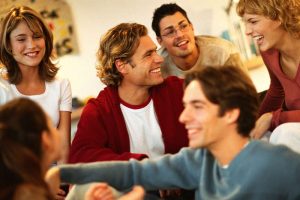 Why is it that we usually want to eat when we are in a social setting? Many people report feeling “hungry” while hanging out with loved ones, although they had eaten before meeting up with their friends. Another strange coincidence? Most likely not. Doing fun activities with loved ones and being in social gatherings can stimulate the appetite and activate happiness and comfort areas in the brain, which also result in making you crave highly palatable meals. Additionally, if you and your friends decide to eat out at a restaurant you will often be served a huge portion of food. The average served dish in restaurants in the United States is approximately 2-3 times larger than their counterparts in many other countries! Restaurant food portions are gigantic and thus they usually contain large amounts of dietary fat, carbohydrates and sugar, which can all trigger the reward centers in the brain and completely overwhelm satiety signals. For instance; would you eat a movie theater-sized popcorn bucket while doing work? Probably not. But you will most likely eat a bucket or two when you go out with your friends to watch the latest Star Wars movie and you won’t even notice it! You will probably even drink a couple bottles of high calorie sodas or juices while you’re at it.
Bottom line: Food cravings have more to do with psychological states and neurochemical adaptations than you might think. Understanding the effects of certain foods on our brains and how our emotions can trigger certain food cravings can help us better control those cravings and minimize the neurochemical and neurobiological damage. While food cravings have much to do with psychology, it would be naive to neglect the physiological factors involved.
This concludes the first segment of the cravings series. In the second part, we will talk about physiological factors that influence and elicit food cravings and how food cravings are not mere byproducts of psychological reactions.
If you liked this post or know someone who is addicted to chocolate, share this post with them and knock some sense into them! They will appreciate it.