In the first part of the artificial sweeteners safety series we spoke about first generations sweeteners, what they are, their safety, and busted the myths and rumors surrounding them. We concluded that first generation sweeteners are safe for human consumption apart from sodium cyclamate being “debatable”, but it is most likely safe as well. In this part, we shall discuss newer artificial sweeteners on the market and whether they were shown to be carcinogenic in clinical trials or not. If you have not read the first part of this series, please do so since this part builds up on information from the first part.

Acesulfame potassium, ace-k or acesulfame k is yet another popular artificial sweetener that has been facing some controversy. Ace-K is approved by the FDA for human consumption and Sunett and SweetOne. Like aspartame, acesulfame is about 200 times sweeter that table sugar and is often combined with other sweeteners rather than being used individually. Ace-K was first approved in the late 80’s, however, its usage was only limited to beverages and juices. Recently, in 2003, the FDA updated its approval for ace-k as a general food additive except for meat and poultry. Acesulfame is the only artificial sweetener that was not shown to cause cancer in any clinical trials including those conducted on rats and animals! Acesulfame is also the most stable sweetener under high temperatures. The problem with ace-k is that it is not as mainstream as many of the other sweeteners, thus less people are familiar with it.
Final verdict: Acesulfame potassium / Ace-k is 100% safe for human consumption. In case you have your lab rat on a diet that uses artificial sweeteners, ace-k would be the safest sweetener! 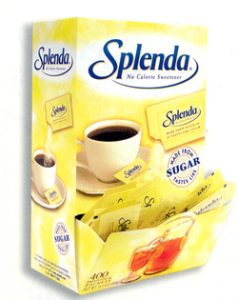 Sucralose or Splenda is probably the most popular artificial sweetener in the United States. With so many people being afraid of aspartame and its “carcinogenic” effects, an alternative had to fill that demand, thus many people started using Splenda instead. Sucralose is about 600 times sweeter than sucrose (table sugar) and was first approved by the FDA for solely for consumption in 1998, but in the following year, the FDA re-approved sucralose as a general sweetener. There are approximately 110 research studies that support the safety of sucralose in humans. Sucralose is often found in baked and processed foods due to its high stability in high temperatures. In a study published in Regulatory Toxicology and Pharmacology, the researchers concluded that Splenda/sucralose is 100% safe for human and animal consumption and confirmed its benefits as a 0 calorie sweetener in managing weight and controlling blood glucose levels.
Final verdict: Sucralose (Splenda) is another 100% safe artificial sweetener and you shouldn’t limit its usage based on any stupid unscientific rumors you may have heard. 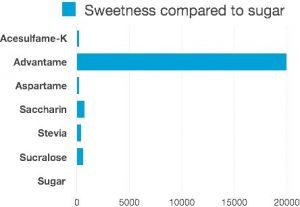 Advantame is another new generation artificial sweetener, though it is not as popular as Splenda or aspartame. In fact, many people wouldn’t even know what advantame is if asked. Ironically, advantame’s sweetness is estimated to be about 20000 more than regular sugar! So, one pinch of this little devil would taste sweeter than the sweetest thing you can think of. This makes advantame the sweetest artificial sweetener on the market. Advantame is also considered the newest artificial sweetener to be approved by the FDA, however, its usage in meat and poultry in limited. The FDA approved advantame after reviewing more than 35 studies conducted on humans and animals that addressed potential toxicity, effects on immune and reproductive systems as well as its carcinogenic potential. Based on those studies, the FDA concluded that advantame is safe since no health hazards were observed in the clinical trials. Currently, advantame is sold under the brand name NutraSweet pink.
Final verdict: Advantame is 100% safe. 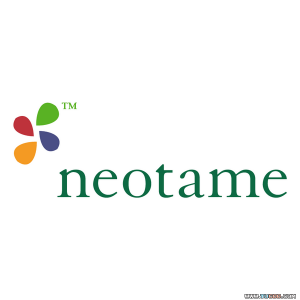 Chemically speaking, neotame has a very similar structure to aspartame. Neotame is one of the newest artificial sweeteners to appear in markets and its sweetness is estimated to be between 7000 and 13000 times sweeter than sugar. Neotame is currently sold under one brand “Neotame” which is also owned and operated by the patent holders. Like Ace-K, neotame is approved by the FDA, however, its usage is limited in meat and poultry. Neotame has undergone over 110 clinical studies designed to assess its potential carcinogenic potential, hepatoxicity, and effects on immune, nervous and reproductive systems. Those clinical studies were conducted on both humans and animals and all concluded that neotame is safe and was not indicated to cause any potential health problems.
Final verdict: Neotame is yet another often attacked artificial sweetener that in reality is 100% safe for humans as well as animals. 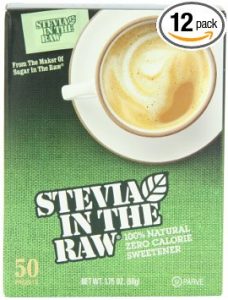 No article on the safety of artificial sweeteners can be considered complete without talking about stevia, this wonderful herb that many people swear by. Opponents of artificial sweeteners often suggest using stevia as a perfect alternative to those supposedly synthetic evil compounds we consume on a daily basis. Artificial sweeteners opponents and I agree on one thing; stevia is wonderful! Stevia is a South American plant that has been used as a natural sweetener for thousands of years. Stevia is about 300-400 sweeter than table sugar. Ironically, certain strains of stevia are not permitted into the U.S and thus are not allowed by the FDA! Take that, plant advocates. Just kidding! Stevia is often sold under the brands Stevia In The Raw and Truvia. In addition to being plant based and sweeter than sugar, stevia has been shown to be safe from both clinical studies as well as real world results (ask South Americans).
Final verdict: For those of you who are still against artificial sweeteners for whatever reason, stevia makes the perfect alternative. In addition to being 400 times sweeter than sucrose, it is also plant based, which also makes it suitable for vegans and vegetarians.
Conclusion
Even though new generation artificial sweeteners have not been on the market as long as first generation artificial sweeteners, there are hundreds of clinical studies that support their safety for both humans and animals’ consumption. For anti-synthetic individuals, stevia would be your best bet. In fact, even if you buy raw stevia (not as a sweetener) it will still serve as a great sweetener and has many health benefits including being a great constipation reliever. This concludes the second part of the artificial sweeteners series, however, stay tuned for part 3 where we  discuss artificial sweeteners’ effects on blood glucose levels, metabolic functions, blood pressure and more.

References
Hodgin, G. (n.d.). The History, Synthesis, Metabolism and Uses of Artificial Sweeteners. Retrieved from http://monsanto.unveiled.info/: http://monsanto.unveiled.info/products/aspartme.htm
National Cancer Institute. (2009, August 5). Artificial Sweeteners and Cancer. Retrieved from National Cancer Institute: https://www.cancer.gov/about-cancer/causes-prevention/risk/diet/artificial-sweeteners-fact-sheet
Lee Grotz, I. C. (2009). An overview of the safety of sucralose. Retrieved from ScienceDirect: https://www.researchgate.net/profile/Victoria_Grotz/publication/8983966_Lack_of_effect_of_sucralose_on_glucose_homeostasis_in_subjects_with_type_2_diabetes_T2DM/links/54a623860cf257a63608d9f9.pdf
FDA.Gov. (2015, May 26). Additional Information about High-Intensity Sweeteners Permitted for use in Food in the United States. Retrieved from U.S. Food and Drug Administration: http://www.fda.gov/Food/IngredientsPackagingLabeling/FoodAdditivesIngredients/ucm397725.htm#Sucralose