Here comes the third part of this series. In the first two installments of the artificial sweeteners series, we discussed both first and second generation sweeteners and discussed whether they are carcinogenic or not. Since the word “safety” is not exclusive to an ingredient having the potential to cause cancer, other physiological effects must be addressed as well, especially when speaking about a dietary aid -technically- like artificial sweeteners that are advertised as having zero calories and thus can help reduce someone’s intake of calories by eliminating sugar calories that can easily pile up throughout the day. 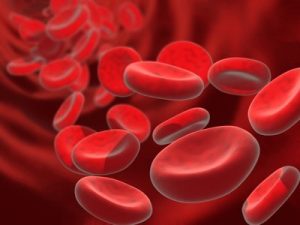 To start off, artificial sweeteners are merely synthetic chemical compounds made in a lab that have zero calories. I repeat, they have ZERO CALORIES! Well, to be more precise, artificial sweeteners contain tiny amounts of calories (about 0.4 calories) which is considered zero by the FDA since the body doesn’t acquire any energy from them after they are metabolized. Different studies were conducted to examine whether various sweeteners cause an insulin spike in humans or not, and the results were interesting.
Aspartame: Many studies conducted on aspartame concluded that aspartame has very little to no effect on insulin levels in humans. Additionally, one study published in the American Journal of Clinical Nutrition concluded that aspartame did not cause any increases in the subjects’ blood glucose levels. The researchers used the same amount of aspartame you would find in a zero calorie beverage.
Saccharin (Sweet n Low): Some studies have indicated that saccharin can cause a slight increase in insulin levels even if it’s not swallowed. Some studies concluded that saccharin has no effect on insulin levels. Where is the truth? The truth is that the evidence on whether saccharin increases insulin levels or not is mixed, however, even if saccharin does in fact cause a cephalic phase insulin release, the effect is will be insignificant in the real world. In other words, the effect only matters within the parameters of a lab. Who the heck likes sweet n low anyway?
Advantame: Advantame is the newest bad boy on the block. However, many studies that evaluated its safety and tolerability were conducted in humans. Two human studies concluded that advantame doesn’t cause any increases in insulin levels nor does it contribute to insulin resistance.
Neotame: Neotame is aspartame’s twin brother. They are both very similar in chemical structure (made by joining two amino acids; phenylalanine and aspartic acid) but they are a tiny bit different. Neotame was not show to cause an insulin response in clinical studies. Neotame is another sugar substitute that is suitable for diabetics.
Sucralose: Sucralose, or more commonly known as Splenda underwent 3 different studies to address its glucose releasing potential. One study was in vitro and the other two were in vivo. However, one of the in vivo studies was conducted through direct infusion of sucralose into the gut. The in vitro study recorded a glucose-inducing response. The direct infusion of sucralose study didn’t observe a release in insulin upon administration. But, these two studies don’t mean crap for two reasons; 1) we are living human beings, not test tubes. 2) no sane person will directly infuse or inject a sucralose solution into his gut, and if you do you probably have more issues to be concerned with than artificial sweeteners eliciting an insulin response. With that being said, the third study is the tie-breaker. The third study was conducted on healthy humans -finally- where the subjects were given sucralose through oral administration -thank God-. Conclusion? Blood glucose levels were not affected one bit, not even incretin hormones GLP-1 or GIP.
Ace-K (Acesulfame Potassium): Ace-k’s glucose releasing potential was assessed in an in vivo study in the late 80’s, however, the research subjects were rats. As far as I know, we are not rats. So, while such studies may indicate something, the results will not necessarily duplicate when conducted humans due to being completely different beings with unique make ups. This is not to undermine in vivo studies importance, but it’s to remind you that to prove something, you will eventually need studies conducted on humans. Anyway, that study observed an insulin spike in rats, but the interesting part is that as the researchers monitored the rats’ blood glucose levels they noticed that ace-k did not induce hyperglycemia, meaning the rats’ blood insulin levels did not dip dramatically, yet they were more stable. Furthermore, this study was conducted on isolated pancreatic cells, which doesn’t mean anything in the bigger scheme of things. Another similar study was also conducted using isolated pancreatic cells and observed similar results to the first-cited study. However, so far, no similar studies were conducted on humans via ORAL administration. So, scientifically speaking, we shall remain neutral. Real world experience suggests otherwise, but let’s wait on some human studies.

Why do certain artificial sweeteners elicit an insulin response while others don’t?

There are three reasons behind these contrasting responses and those are; 1) gut microbes metabolize artificial sweeteners differently / effect on gut hormones. 2) Taste perception and insulin response. 3) artificial sweeteners and metabolizable sugars mixtures.
1- Effect on gut hormones / microbes
It’s not news that we have trillions of microorganisms living in our guts that are essential digestion and overall health. In fact, there are many types of microorganisms living inside our guts, not just one type and they all have different roles and process different foods and nutrients apart from each other (bureaucracy? perhaps). In some studies, artificial sweeteners were observed to negatively impact gut microbes. Though, this study was conducted on mice, more research is needed on humans to draw any solid conclusions.
2- Taste perception and insulin response.
A new area of research that scientists have been interested in over the past decade is taste perception and its effects on metabolism and physiology. Recently, scientists discovered “taste buds” in the pancreas as well as the intestines. What does this mean to us? When sweet substances bind to the taste receptors, cephalic phase insulin release (CPIR) is induced which means that glucose secretion occurs before an increase blood glucose levels. However, clinical studies have concluded that most artificial sweeteners, especially the most commonly used ones do not active taste cell receptors and thus do not cause insulin secretion.
3- Artificial sweeteners mixtures.
Often, food manufacturers mix artificial sweeteners with regular sugars such as dextrose to create a sweet and cheap food additive that gets the job done. Regular sugars obviously elicit a glucose response, which could explain why some artificial sweeteners (possibly mixtures) were concluded to have an effect on blood glucose levels in some studies, but other studies using the same artificial sweeteners (pure form) concluded the opposite.
Potential carcinogens?
No, period! For further illustration, please read part 1 and part 2.
Weight loss 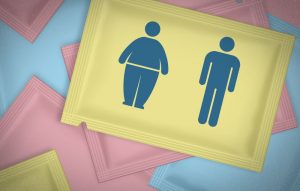 Artificial sweeteners are a dieter’s best friend! When you are trying to lose weight/fat, you are most likely following a dietary plan that restricts your caloric intake. Since humans have an innate love for sweet foods, drinking beverages or eating baked goods with added sugar can cause calories to ramp up higher than Mount Olympus! Since sugar substitutes contain no calories, substituting regular sugar in baked goods and beverages with sweeteners helps save us hundreds of calories which can make or break our physique. For instance; an average slice of cake contains 300-400 calories with approximately 200 calories coming from added sugar. Now, if we bake that same cake with the same ingredients but substitute table sugar with aspartame, how many calories did we save? 200! And you get a delicious slice of cake that has half the calories in a regular cake.
Metabolic disorders / damage 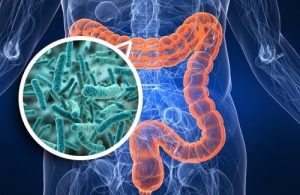 There has been a lot of fuss surrounding the potential effects of artificial sweeteners on gut microbiome and metabolism. One research review published in Physiology and Behavior concluded that some evidence seems to suggests a negative impact on the microbiome of mice and cows, though more studies are needed to confirm those assumptions. Another study conducted on humans observed some changes in gut microbiome as well, but it is often not used as a strong evidence due to researchers factoring in the small sample size involved. On the other hand, some researchers take that study as concrete evidence stating “the study is profound regardless of the sample size”. In essence, more research is needed to make any solid conclusions.
Bottom Line
Artificial sweeteners safety is one of the most controversial subjects in the fitness industry. Strong evidence suggests that artificial sweeteners are safe for human consumption, contain no energy and do not affect blood glucose levels. Thus, non-nutritive sweeteners are suitable for diabetics and pose no threat to their health. Artificial sweeteners do not cause cancer, period. Since many people consume tons of sugar daily through beverages or added sugar, the calories acquired from sugar can reach 300-500 calories easy. By eliminating sugar intake and using sugar substitutes, people will eliminate those hundreds of calories which can help them lose weight. Moreover, dieters can use sugar substitutes to stay on track and not go over their daily caloric budget. According to a few studies, artificial sweeteners can have a slightly unfavorable effect on the microbiome of animals, though the evidence is not concrete. Clinical trials addressing the same issue were also conducted on human subjects, but the observations were inconsistent and weak to make any assumptions. Artificial sweeteners are safe, guys, especially when used within recommended daily intakes. So far, real world experience seems to suggest that sugar substitutes, otherwise a gradual increase in disease and metabolic disorders among consumers would’ve been noticed by now.